This is what North Bay Speedway looked like when Gerry Liscumb Jr. visited it in September, 2004.

The track had only been closed for a year at the time, so everything was still in place. In looking at the current Google satellite view, it looks a lot different now. The track surface has been ripped up, the infrastructure has been removed and other structures have been built in the infield. These changes happened some time between 2009 and 2012. The oval that can been seen in the current satellite photo (see the History tab), is an earlier horse track.


Click an image - photos will appear in a new window 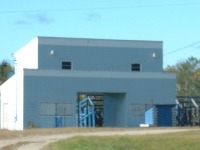 Main entrance to the spectator area. It appears that this building held the washrooms, concessions and scorers' / announcer tower. 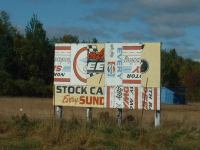 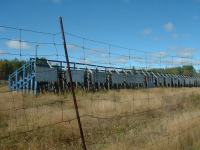 Grandstands (toward corner 1) from the parking lot. 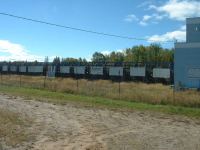 Grandstands (toward corner 4) from the parking lot. 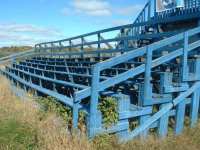 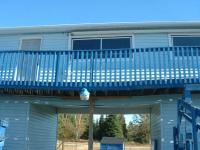 The spectators passed under the building to get to the grandstands. 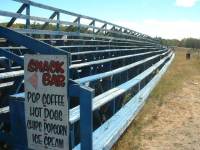 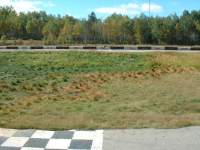 The back straight is in the distance. 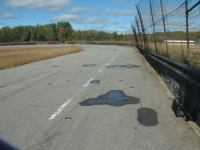 At the start / finish line looking toward corner 1.

Standing in the starter's stand looking toward corner 3-4. 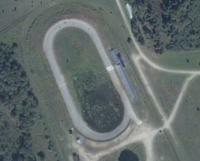 Google Earth photo from 2004, the year the ghost track shots were taken.